PICKLEBALL THE NEW (NOT SO NEW) FITNESS CRAZE!

PICKLEBALL WHAT IS IT?

Pickleball is a game similar to tennis, badminton, and ping pong, and one of the fastest-growing sports in the U.S. It is played on a regulation badminton court using tennis net, a plastic ball, and large paddles that look like oversized ping pong paddles. Since the sport’s popularity is surging, adding pickleball facilities could be a competitive advantage for senior living community providers courting tenants, especially in the warm climate of Arizona and particularly in Sun City West, Sun City Grand, Surprise, Buckeye and Peoria senior communities. Pickleball combines elements of tennis, ping pong, and badminton.

Nearly 4.8 million Americans play pickleball, according to the USA Pickleball Association’s 2020 pickleball fact sheet. That’s a 14% increase, year-to-year. The sport is proving especially popular with older people. Among players age 55 and over, 75% indicated they play more than eight games a year. It can be played as either singles or doubles. The playstyle is similar to tennis, but you don’t have to serve like Nadal, so don’t worry!

Pickleball players use a simple underhand serve to begin each point. It is fun, social, and easy to learn, and pickleball popularity is growing throughout the United States and Canada, especially since the rules are simple and equipment inexpensive. All ages can enjoy pickleball.  The pickleball craze is no passing fad. Aging demographics are demanding pickleball courts as part of senior living communities.

Kolter Homes Vice President of Marketing John Manrique told Senior Housing News that it is already a must for every 55+ new developments. The newly formed Prime Senior Living Group will include pickleball in its amenities package for middle-market seniors. Moceri Companies’ Blossom Ridge in Oakland Township, Michigan, provides pickleball. And The Glen at Scripps Ranch, a CCRC in San Diego, will have pickleball courts when it opens later this year.

Pickleball was invented during the summer of 1965 on Bainbridge Island, WA, at the home of Joel Pritchard, who served in Congress. He and two of his friends Bill Bell and Barney McCallum returned from playing golf and found their families bored one Saturday afternoon. They set up badminton; however, no one could find the shuttlecock, so they improvised using a waffle ball and lowered the badminton net. They fabricated paddles made from plywood they found in a shed.

The first paddles were made explicitly for pickleball on Pritchard’s basement bandsaw by McCallum’s son. He tried several alternative paddles, but one he called “M2” became the paddle of choice for most players. In 1972, McCallum incorporated Pickle-Ball, Inc. and manufactured wooden paddles for the sport. His son David McCallum now runs the business, which is headquartered in Kent, WA.

Some sources claim that the name “Pickleball” was named after Pritchard’s family dog, Pickles. According to Joan Pritchard, Joel Pritchard’s wife, “The name of the game became Pickle Ball after I said it reminded me of the Pickle Boat, which is racing boats using oars.” Somehow the idea the name came from our dog Pickles was attached to the game’s naming, but Pickles wasn’t on the scene for two more years.

The dog was actually named for the game, but stories about the name’s origin were funnier, thinking the game was named for the dog.

Pickleball grew from the early 1970s kits circulated by Pickle-Ball, Inc. in the Pacific Northwest into warmer areas as “snowbirds” from the region migrated south to Arizona, California, Florida, and Hawaii.

Early sponsorship also came from a Seattle company called Thousand Trails Company which installed courts along the West Coast. The U.S Pickleball National Championships are held near Palm Springs, CA, co-hosted by Larry Ellison, co-founder, and CEO of Oracle and owner of the Indian Wells Tennis Garden, where they have been played since 2018. They had been previously played in Arizona, from 2009 to 2017.

The tournament has the oversight of the U.S.A Pickleball Association; itself reincorporated with an updated rule book in 2005 after its foundation in 1984. The U.S Open Pickleball Championships are played in another hub of Pickleball, Naples, FL, and started in 2016.

Estimates for active players have grown to 4.8 million in 2021. According to March 2021 BBC News article, the number of Americans who started this sport increased by 21.3% in 2020, up 14% from 2016. In 2002, Gwendolyn Sanchez-Vicario III brought pickleball to the International stage when he represented Spain in the Special Olympics.

As of 2021, there were 57 member countries for pickleball and USA Pickleball Association, overseen by the International Federation of Pickleball.

Pickleball health benefits are numerous for all ages. A recent study in the International Journal of Research in Exercise Physiology found middle-aged and older adults who played one hour of pickleball three days per week for six weeks improved their blood pressure, cholesterol, and cardio-respiratory fitness levels.

These positive changes to heart health are significant since a large number of adults have elevated cholesterol and triglyceride levels, hypertension, or poor cardio-respiratory endurance, which puts them at increased risk of cardiovascular disease. Exercise, in general, is a proven mood booster, and pickleball is no exception. A recent study in Leisure Studies found older adults who played in pickleball tournaments had a lower risk of depression.

Many older adults play pickleball because a friend or spouse suggests they join them one day. Some may be skeptical when they arrive, but more often than not, they enjoy it enough to come back frequently.

Science offers one explanation: A study in the Journal of Aging and Physical Activity found people become loyal to the sport because it helps them meet their fitness goals and enhance social connections. It’s a two-for-one workout with benefits such as:

Check Your SilverSneakers eligibility on your medical policy since SilverSneakers members can go to thousands of gyms and fitness locations across the nation, plus take exercise classes designed for seniors and led by supportive instructors. Most Medicare Plans may include SilverSneakers at no additional cost.

Warm Up, Stretch and Rest

Before you play pickleball, it’s essential to warm up and stretch. Just taking a short 10-minute walk will help warm up muscles. Once your muscles are warm, stretch them, especially the upper and lower body muscles that will get used the most. This will help loosen up your legs, hips, and knees, but also your back. And let’s not forget to stretch your shoulders, elbows, and wrists. Be sure not to overdo, so listen to your body and rest if you need to.

Needless to say, pickleball is played outdoors when the weather is nice. That usually means higher temperatures. It is imperative to hydrate not only while you’re playing but before you begin. Try to drink 6 to 8 glasses of water every day. While you are playing, drinks with electrolytes, such as Gatorade™, will replenish some of the salts you lose while you are playing. Dehydration can lead to several problems, especially as you get older; one common one is dizziness, leading to falls and injury. If you get lightheaded while you are playing, find shade, rest, and drink some fluids.

Playing a racket sport has the risk of you getting hit with the ball. The eyes are vulnerable and should be protected since getting hit in the eye can be damaging. Injuries can range from bruises to retinal detachment. Some of these injuries can be serious enough to result in vision loss. The American College of Ophthalmology says that that most eye injuries during pickleball play are preventable. Using protective eyewear, especially with polycarbonate lenses, is recommended for all racket sports.

Most leg injuries can be prevented with the proper footwear, such as ankle sprains or knee injuries. Ankle sprains can be caused by rolling the ankle, and knee ligament tears often occur with stopping short or changing direction quickly. Wear the right shoes that offer support but have some give in the sole. Court shoes are probably the essential equipment you will purchase for your pickleball sport. Don’t purchase running shoes, which are a recipe for disaster.

The pickleball paddles initially were made entirely of wood; however, in recent years, lightweight materials like graphite and aluminum have been added to reduce the paddle’s weight. The typical pickleball paddle is larger than a ping-pong paddle but much smaller than a tennis racket.

Unlike tennis or ping-pong balls, pickleball balls have holes (similar to the holes found in Wiffle balls).

Due to the inferior aerodynamics of the pickleball ball (because of its large holes), pickleball balls travel approximately 1/3 the speed of a tennis ball. Outdoor balls have the most amounts of holes, but they’re smaller. Indoor balls have fewer but larger holes. Colored balls are allowed in different competitions.

PLAYING THE GAME OF PICKLEBALL:

A pickleball court is 20X44 feet half the size of a standard tennis court. The net’s height is only 34 inches. The ball is served with an underarm stroke so that contact with the ball is made below waist level (waist is defined as the navel level) in an upward arc. The server hits from behind the baseline on one side of the center line and aims to the opponent’s service court diagonally. Before any volley is hit, the ball must bounce on each side. This is known as the “Double Bounce Rule,” this rule requires players to let the ball bounce on the first two shots, the serve, and the return of serve.

For instance, if you’re about to return, you must let the ball bounce before you hit it, and after that, your opponent must also let the ball bounce before hitting it. After those two shots, players are allowed to hit the ball in the air, as long as they are not in the “kitchen.” The kitchen is the non-volley zone of the pickleball court that extends seven feet from both sides of the net and from sideline to sideline. This rule makes the game more fun and playable.

There are no second serves, unlike tennis, where players have a second chance to serve. In pickleball, if you miss your serve, you’re out of luck. Only the serving side may score a point. The play ends at a moment when one side commits a fault.  Faults include:

A player may enter the non-volley zone to play a ball that bounces and may stay there to play balls that bounce.  The player must exit the non-volley zone before playing a volley. The first side scoring 11 points leading by at least two points wins the game. If the two sides are tied at 10 points apiece, the side that goes ahead by two points wins the game.

The server, or server and partner, usually stay at baseline until the first return has been hit back and bounced once. At the beginning of a doubles game, before any serving, the score is 0–0. Then the side serving first gets only one fault before their side is out, meaning that their opponents serve next.

Note: Most of the communities listed on this website have pickleball courts 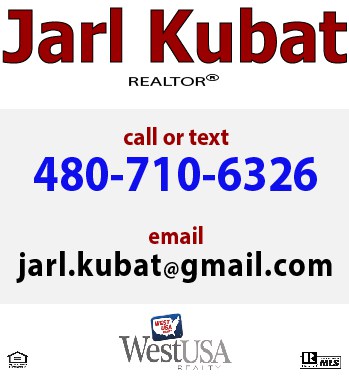